We continue our discussion of airport topics and look at the airport master planning process. We also talk a lot about the TSA and airport security, as well as psychological testing for airline pilots, a military export control conviction, and a personal experience in a full motion flight simulator. 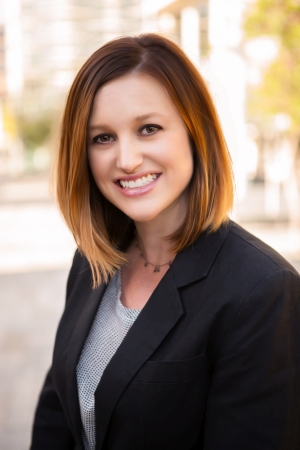 Jenny Watts is an Airport Planner with Armstrong Consultants, Inc., a professional consulting engineering firm specializing exclusively in airports. She describes the master plans that airports create, how they are used, and who uses them. Jenny also tells us about the Dark Sky initiative and how airports are making adjustments to reduce their contribution to light pollution. She published the white paper titled, Share the Sky – Good Neighbor Tips for Airports Near Dark Sky Communities and Beyond. [PDF]

Jenny spent two years at Embry-Riddle Aeronautical University Worldwide as an advisor and adjunct faculty member. She earned her Bachelor of Science in Aeronautical Management Technology Arizona State University, and her Master of Aeronautical Science degree with an emphasis in Aviation Management from Embry-Riddle. She has been affiliated with the Arizona Airports Association for over fifteen years, and Jenny is also a freelance contributing writer for the Arizona Aviation Journal.

Wenxia “Wency” Man of San Diego, has been convicted by a federal jury in the Southern District of Florida of “conspiring to export and cause the export of fighter jet engines, an unmanned aerial vehicle… and related technical data to the People’s Republic of China, in violation of the Arms Export Control Act.

Man conspired to illegally acquire and export to China defense articles including:

Man faces a statutory maximum penalty of 20 years in prison.  Sentencing is scheduled for Aug. 19, 2016.

Administrator Michael Huerta says the FAA will not require psychological testing for airline pilots because he says they only indicate the pilot’s mental health at a point in time. The tests don’t indicate what a pilot may do later.

A man tossed a homemade explosive device at the check-in counters at Shanghai Pudong International Airport, then cut his throat with a knife.

A man outside the Dallas Love Field terminal allegedly “hit his ex-girlfriend and battered her car with a traffic cone and large landscaping rocks.” A police officer arrived with gun drawn and the man approached with rocks in his hands saying, “You’re going to have to shoot.”

Dubai International Airport was closed due to “unauthorized drone activity.” In the UAE, drones are prohibited within 5 km of airports, helipads, landing areas, or manned aircraft.

Warsaw’s international airport was shut down for 30 minutes due to two unauthorized drones flying in the area. Poland forbids drones flights within a 20-kilometer (12-mile) radius from airports.

What to Eat at 30 North American Airports, Summer 2016

Know Before You Fly – An education campaign founded by the Association for Unmanned Vehicle Systems International (AUVSI) and the Academy of Model Aeronautics (AMA) in partnership with the Federal Aviation Administration (FAA) to educate prospective users about the safe and responsible operation of unmanned aircraft systems (UAS).