Dan Pimentel tells us about the #Oshbash social media meetup coming up at Airventure Oshkosh 2017. We also look into freelance writing for aviation publications and the Airplanista Aviation Blog. In the news, we talk about support for supersonic civil air travel in the FAA reauthorization bills before Congress, ATC privatization, United Airlines in the press again, and Turkey’s first female professional acrobatics pilot. 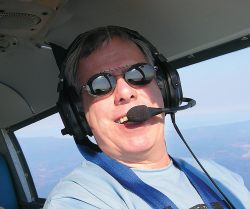 Dan Pimentel is a long-time aviation journalist, photographer, and graphic designer. He is the founder/publisher/editor of the Airplanista Aviation Blog, and you can find his features, columns and news items in publications like Flying Magazine, AOPA Pilot, EAA Sport Aviation, Air & Space Smithsonian, HAI’s Rotor Magazine, Cessna Flyer, and Piper Flyer Magazine.

Dan tells us about the Airplanista #Oshbash Social Media Meetup and Networking Event at Airventure Oshkosh 2017. This year’s #Oshbash is sponsored by Aircraft Spruce & Specialty.

We also explore freelance writing for aviation publications, look at the process, and learn some tips for success. Along the way, we discuss ATC privatization, rivets and clecos, preserving EAA history, the importance of collegiate aviation programs, and how airshow performers physically and mentally prepare for the task.

Fitness Secrets of the Airshow Stars

We also touch on ATC positions available at FAA. See: The FAA Shines Light On Women of ATC

Since 1973, there has been a ban on supersonic travel in the U.S. over land. However, both FAA reauthorization bills in Congress direct the FAA to revisit that restriction and determine if changes need to be made. An amendment to the House bill directs the FAA to “consider the needs of the aerospace industry and other stakeholders when creating policies, regulations, and standards that enable the safe commercial deployment of civil supersonic aircraft technology and the safe and efficient operation of civil supersonic aircraft.”

A middle school teacher traveling from Hawaii to a teacher’s conference in Boston purchased a ticket for herself, and one for her two-year-old 25-pound son. Waiting onboard the Houston to Boston leg, she was told another passenger had a valid boarding pass for the son’s seat. Rather than make a scene, the boy flew on her lap for the 3 ½ hour flight. According to a United spokesman, the boy’s boarding pass scan had been unsuccessful and he wasn’t logged in to the system. His seat was released to a standby passenger.

26-year-old Semin Öztürk is Turkey’s first female professional aerobatics pilot. She flew to great acclaim at a recent air show organized by the International Sportive Aviation Center and featuring 25 acrobatic pilots from Turkey. She began flying when she was 12 years old and her father was also an aerobatics pilot.

A bizarre misunderstanding of flight patterns at JFK 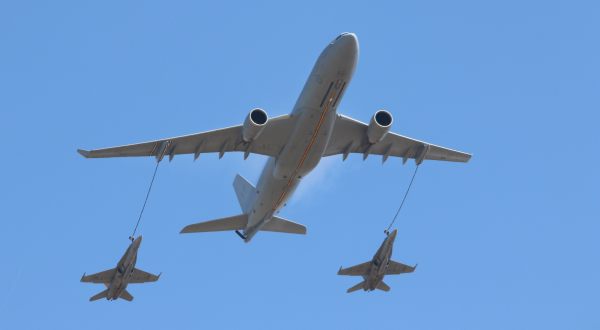 Listen to Episode 54: The Boy Who Loved to Fly from The Way I Heard It podcast with Mike Rowe. (Thanks Jodi Bromer!)