The chief test pilot for Martin Aircraft Company tells us about the Martin Jetpack. Also, the major engine failure of Air France Flight 66, the Emirates A380 that descended below the glideslope on approach, dumping and subsidization claims against Bombardier, a Boeing 737 near miss, and the Airbus Laminar Flow Wing Demonstrator.

Prospero “Paco” Uybarreta is head of Aircrew & Testing, and the chief test pilot for Martin Aircraft Company Ltd. The Martin Jetpack is an optionally piloted hovering air vehicle currently being developed and tested in New Zealand.

Paco explains the recent interest in personal VTOL air vehicles and describes the use cases. He also tells us about how the Martin Jetpack is more of a small vehicle platform than a backpack-style jetpack. We look at how the regulatory agencies treat vehicles like this, safety considerations, and why the Jetpack operates in both manned and unmanned modes.

Paco has been an experimental test pilot for the U.S. Air Force, Bombardier Aerospace, and Scaled Composites. He is a graduate of the U.S. Air Force Test Pilot School and has over 4,400 total pilot hours in 44 different aircraft types with 1,000 instructor pilot hours, 600 flight test hours, and 460 combat hours.

Paco has been signed off by the New Zealand CAA as a Category 1 test pilot for the Martin Jetpack, which means he is able to conduct manned flight tests of the Martin Jetpack now that it has been awarded experimental aircraft status. He is also approved to train a team of pilots to act as test pilots for the new prototype aircraft. To that end, Paco has designed a test pilot course based on CAA requirements. This includes six hours of academic learning and ten hours of Jetpack simulator training in techniques and maneuvers along with actual flight training.

Air France flight 66 flying from Paris to Los Angeles with 497 PAX experienced a major engine failure at 37,000 feet. The plane diverted to Goose Bay airport in Canada without incident. Photographs published by the passengers show the fan, fan case, and the forward portion of the nacelle missing from the Engine Alliance GP7200. See: Air France Press release: Information About Flight AF066 Paris Los Angeles on 30 September 2017 and Engine breaks up on Air France Airbus A380, forcing emergency landing in Canada. 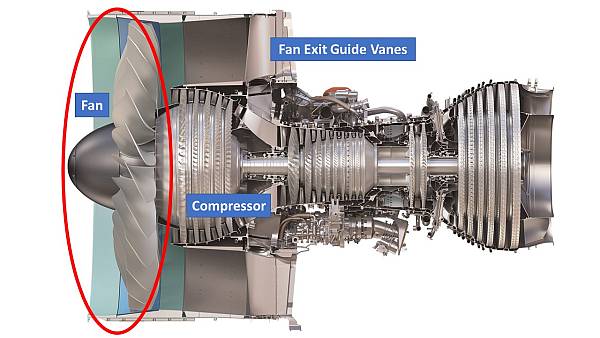 The Emirates General Civil Aviation Authority (GCAA) is investigating an Emirates Airbus A380 that “descended below the glideslope on approach” to Moscow’s Domodedovo Airport. Emirates flight EK131 descended to 400 feet at 14.8 kilometers from the runway, aborted the approach, made a second unsuccessful attempt to land, then finally landed safely.

The U.S. Commerce Department is sympathetic to Boeing’s complaint that Bombardier is “dumping” CSeries passenger jets at below manufacturing cost. That was not unexpected. But what wasn’t expected is the preliminary decision to recommend a 220% tariff on Bombardier. See: US government recommends 220% import tariff on CSeries.

A United Airlines Flight 246 flying from Vancouver to Chicago reportedly had to take evasive action to avoid colliding with a glider. The pilot had to execute a climb 400 feet and banked the Boeing 737 hard to the right.

Listener Joe built a Vans RV-7A over a period of 4 ½ years and then this past summer flew it to all 48 contiguous states in the span of a two-week vacation. Nevada County couple builds plane and travels to each of the 48 contiguous states. See Joe’s 4-part series on his Rough and Ready Aerospace blog: Part 1, Part 2, Part 3, Part 4.