Bye Aerospace founder George Bye tells us about his electric and solar aircraft projects, including the electric Sun Flyer training aircraft, the StratoAirNet, the Silent Falcon UAV, the TriFan 600, the Mars SOLESA, and the Starlight UAV. In the news, we look at the WC-130H crash in Georgia, breaking airplane windows, and companies developing supersonic transports. Also, an installment from student pilot Nicki, the history of Soviet airliners from Will, Tom Larkin’s mini-jet, the Mercury 13 documentary, the centennial of U.S. airmail service, and lip syncing while flying. 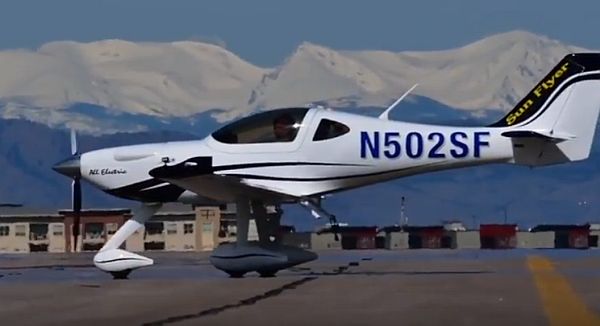 George Bye is the founder and CEO of Bye Aerospace, which focuses on electric and solar aircraft projects, such as:

George is an ATP rated pilot with over 4,000 flying hours. He was a USAF instructor pilot in the Northrop T-38 Talon at Sheppard AFB (ENJJPT), a C-141B Aircraft Commander, and he is a Desert Storm veteran.

Find Bye Aerospace on the web at ByeAerospace.com, on Facebook, and on Twitter at @ByeAerospaceInc. George has a personal webpage at GeorgeBye.com and he’s also on Facebook.

The Puerto Rico Air National Guard unit lost nine airmen in the crash of a WC-130H Hercules cargo plane in Georgia, just after takeoff. The plane was on its final flight, to an air base in Arizona. A short video from the private memorial ceremony honoring the fallen crew was released.

Third flight in three weeks diverted because of damaged window

A JetBlue flight from San Juan, Puerto Rico, to Tampa, Florida, was diverted to Fort Lauderdale after damage to the plane’s windscreen. A Southwest Airlines flight from Chicago to Newark, New Jersey, made an unplanned landing after a window cracked. A Southwest B737 experienced an uncontained engine failure which threw debris into a passenger window.

Young listener Will presents his project on the history of Soviet airliners.

The May 1, 2018 issue of the FlyerTalk email newsletter.

What Happens When You Mix Flying and Lip Sync? (Temper Traps – Sweet Disposition)

2 thoughts on “502 Electric and Solar Aircraft from Bye Aerospace”