The Head Curator of the History Department at the Smithsonian’s National Postal Museum tells us about the early history of airmail service in the U.S., which is celebrating its 100th anniversary this year.

In the news, Goodyear has a new airship, Facebook cancelled its Aquila project, Boeing has reportedly asked engine makers to bid for the 797, Boeing unveiled a hypersonic airliner concept, a stealth tanker model was spotted, the TSA wants to look at your snacks, a third Heathrow runway gets closer to reality, NASA demonstrates a quieter airplane, and the Air Force reduces pilot training time. Also, finding airmail airway beacons, a conversation with Air Evac Lifeteam at the Circuit of the Americas, and student pilot Nicki talks about her new flight instructor.

Nancy Pope is the Head Curator of the History Department at the Smithsonian’s National Postal Museum. 2018 is the 100th anniversary of airmail service in the U.S. and Nancy tells us about the early history of airmail, including the pilots, the aircraft, and the initial difficulties getting the service operating properly. She talks about some of the airplanes and artifacts at the museum as well as the Postmen of the Skies: Celebrating 100 Years of Airmail Service exhibition that is open through May 27, 2019. 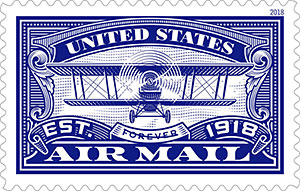 Earlier this year, the first of two commemorative stamps was released. See: U.S. Postal Service Commemorates Air Mail with Stamp. You can purchase the blue airmail stamp at the post office, or at the USPS online store. The second (red) stamp will be released Saturday, Aug. 11, 2018, at 11 a.m. at College Park Aviation Museum (1985 Corporal Frank Scott Drive, College Park, MD 20740). “Red Letter” day at the museum will be an exciting event to attend if you are in the area. See Red Letter Day: U.S. Postal Service Continues 100th Anniversary Commemoration. Followers of the U.S. Postal Service’s Facebook page can view the ceremony live at facebook.com/USPS.

Nancy has worked with the items that are now in that collection since 1984. She curated the opening exhibits for the Museum in 1993 and more than a dozen at the museum since then. She has written about many elements of postal history, including the Pony Express, Rural Free Delivery, Parcel Post Service, the Postal Service during 9/11, as well as the later anthrax attacks and airmail.

Nancy’s most recent exhibits are “Systems at Work,” which examines mail processing from Colonial America to the present, and “Postmen of the Skies,” a celebration of 100 years of airmail service in America. 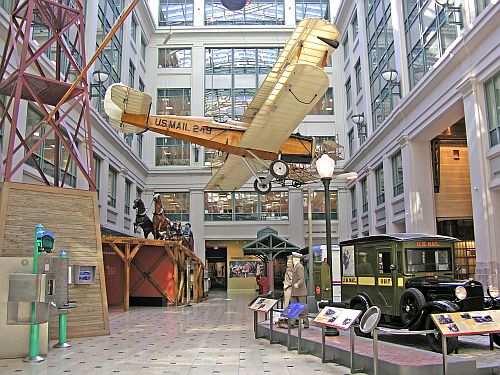 Pegboard for tracking the location of airmail pilots and planes: 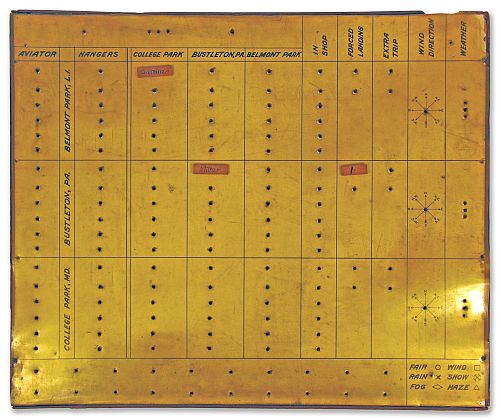 The logbook was recovered from Max Miller’s fatal crash on September 1, 1920. The Junkers-Larsen JL6 caught fire in midair. Max Miller and his mechanic Gustav Reirson died in the fire and subsequent crash. Miller was Praeger and Lipsner’s favorite pilot and his death hit both men hard. Though slightly damaged by the fire, the handwritten entries remain clear. Airmail pilots used logs to record details about their flights and, on occasion, landing field conditions. Miller wrote his name on the front of this book, adding the name of his service, the “U.S. Aerial Mail,” and a notation of his home address in Woodland Hills Park in Cleveland, Ohio. 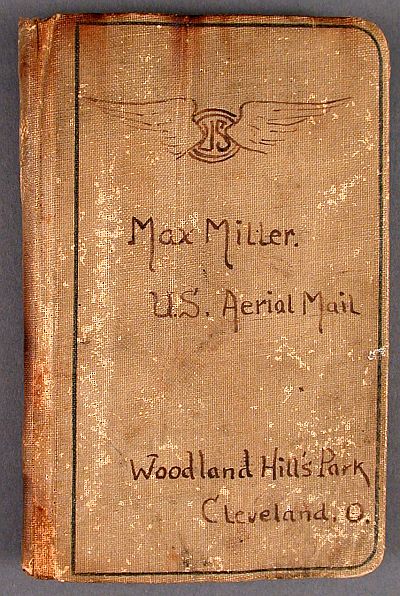 Eddie Gardner’s face mask is a nice leather piece that Nancy unofficially refers to as the “Hannibal Lecter mask.” 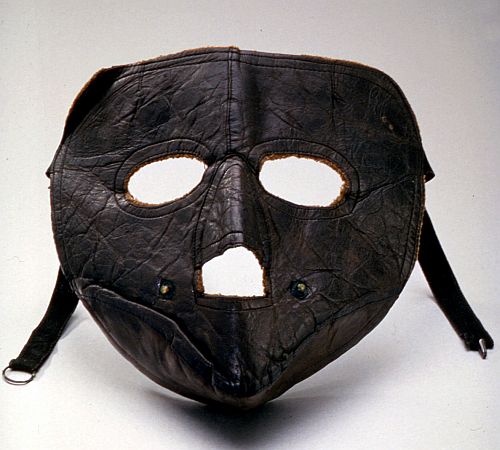 The Post Office’s airmail flag. You will recognize the globe/wings that became the ubiquitous symbol of airmail. 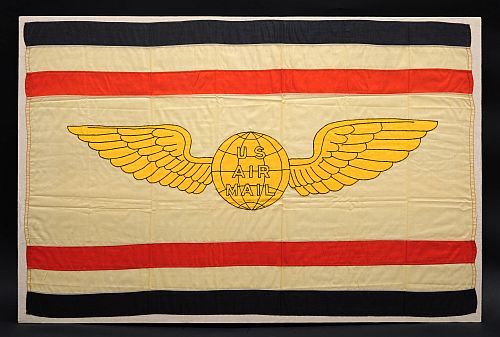 Our Airplane Geeks reporter-at-large Launchpad Marzari located some of the airways beacon sites in Texas that guided early airmail pilots. He sent in a report about what he found. See Map of Airway Beacons and Arrows Across America to find these sites near you. 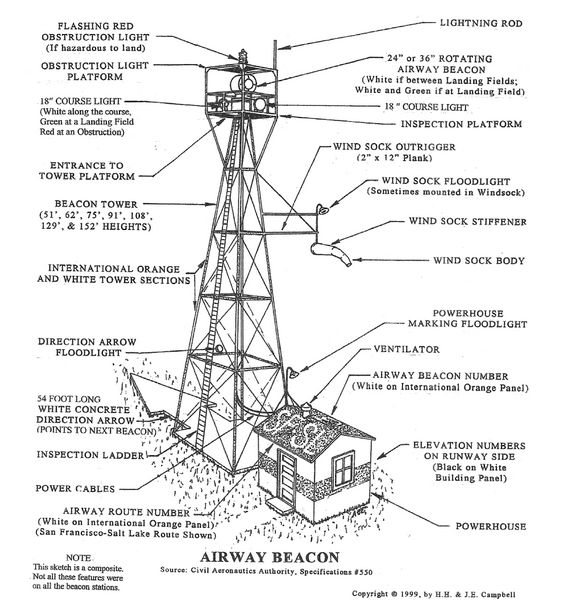 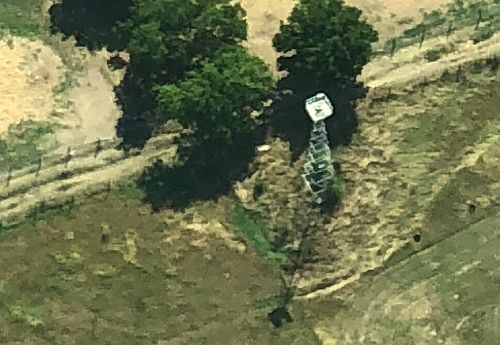 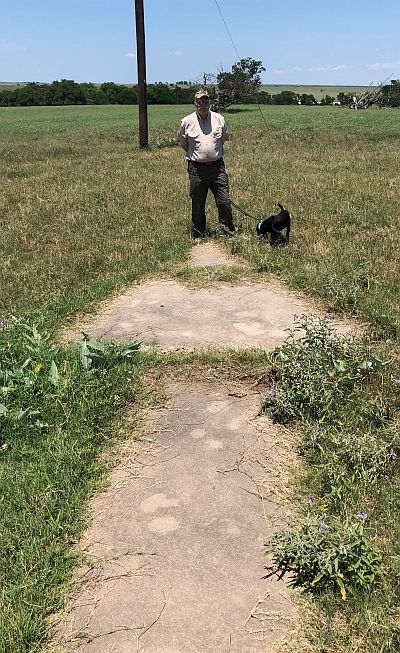 Goodyear’s newest semi-rigid airship is the Wingfoot Three. Built by Luftschiffbau Zeppelin GmbH, the blimp still has to undergo flight tests before formal handover to Goodyear.

Goodyear’s U.S. fleet consists of three semi-rigid airships: the Wingfoot One (N1A), based in Pompano Beach, Florida; Wingfoot Two (N2A), based in Carson, California; and Wingfoot Three (N3A), based in Suffield, Ohio. Compared to Goodyear’s old model, the GZ-20, the Zeppelin NT model is longer, a little narrower, faster, and seats more passengers.

Facebook has canceled the Aquila project – a solar-powered “atmospheric satellite” that would beam Internet connectivity to areas that had none.

Boeing wants to build a new mid-sized airliner to be flying by 2025 – a middle-of-the-market jet. Call it a Boeing 797, or a New Middle Market Airplane, or the NMA. Reports say the engine manufacturers were asked to respond to a Boeing RFP by June 27, 2018. Boeing wants 25 percent less fuel burn per pound of thrust than the engines used on Boeing’s 757 planes. The big three engine manufacturers are named: CFM International, (the General Electric – Safran joint venture), Pratt & Whitney and Rolls-Royce. See also, This is Boeing’s NMA by Jon Ostrower.

Under this concept, the aircraft would fly at Mach 5, three times faster than Concorde, and cruise at 95,000 feet. It would be smaller than a 737, with both commercial and military applications.

At the recent AIAA conference, Aviation Week’s Guy Norris noticed a model of an “Advanced Aerial Refueling” aircraft in the Air Force Research Lab’s area. The Air Force may be looking for a more survivable aerial tanker.

It started with your shoes, then your water. Now the TSA wants your snacks.

Passengers are being asked at security checkpoints by the TSA to remove their snacks and other food items from their carry-ons and place them in plastic bins for separate screening. This is a TSA recommendation to screening supervisors, not a strict policy. Some food looks similar to explosives which results in a secondary inspection. The intent here is to prevent that additional inspection.

They’ve been talking about a third runway at Heathrow for years. It’s a contentious issue but now a parliamentary vote has passed that would allow construction of a third runway. Under the proposal, passenger capacity at Heathrow could jump from nearly 80 million passengers per year to 110 million by 2030.

NASA flight tests in a Gulfstream III research aircraft flying at 350 feet demonstrated a “significant reduction” in the noise generated by aircraft operating near airports. The jet had porous landing-gear fairings, an Adaptive Compliant Trailing Edge wing flap, and chevrons near the leading edge of the landing-gear cavity with a net to modify the airflow.

This represents about a 10% reduction in training time.

Airplane Geeks reporter-at-large Launchpad Marzari talks with John P. Jones and John Linardose from the Air Evac Lifeteam which provides air ambulance service at the Circuit of the Americas (COTA) outside Austin, Texas.

David was again asked to provide a list of the 20 best airshows for USA Today.

The Hiller Aviation Museum in San Carlos, California will be holding an Open Cockpit Day on July 11, 2018. While this fabulous museum is relatively unknown to the general public, it has a fabulous collection of more than fifty aircraft and numerous interesting artifacts and displays.