Airplane Geeks reporter-at-large Launchpad Marzari goes skydiving! Our Main(e) Man Micah talks with Bunk and Diana Chase about the Spurwink Farm Pancake Breakfast & Fly-In. A proud papa talks with a new Civil Air Patrol cadet, and more on cryogenic hydrogen fuel cells for electric airplanes. In the news, an eVTOL with a claimed 400-mile range, the CBS interview with Boeing’s CEO, a report on assumptions made during 737 MAX design and certification, and a rather strange story about trapping flight attendants in the plane.

Alaka’i Technologies is an electric vertical take-off and landing (VTOL) air taxi company in the news. The Massachusetts-based company says their Skai aircraft will hold five passengers, including a pilot for up to four hours of flight time with a 400-mile range.

What Boeing’s CEO said on CBS This Morning

In a CBS interview, Boeing CEO Dennis Muilenburg apologized for the crashes. “Boeing and the FAA continue efforts to implement a software fix that corrects the fatal flaws in the 737 MAX’s new MCAS technology (Maneuvering Characteristics Augmentation System)…”

The New York Times describes a scenario where the MCAS was originally designed with multiple sensor inputs for a specific scenario but later enlarged the scope and dropped some of those inputs. The changes weren’t fully understood and “test pilots, engineers, and regulators were left in the dark…”

Delta Tried To ‘Trap’ Its Own Flight Attendants On A Plane, Messages Show

A Delta’s operations control center employee told the Delta gate agent to keep the door shut while some maintenance was performed. “Do not open door,” the message read. “flt attendants out of time and none available.” Delta says it was a breakdown of company protocol.

Airplane Geeks reporter-at-large Launchpad Marzari visited Skydive Spaceland and he tells us about his skydiving experience. Tandem instructor Andrew Lee talks about the qualifications for becoming a jump instructor.

More to come next episode.

Bunk and Diana Chase live a true airplane geek life. In the summer they live next to the Limington-Harmon Airport in Limington, Maine. In the winter they move to Lakeland, Florida where Bunk volunteers at the Central Florida Aerospace Academy and Diana works with SUN ‘n FUN media. Bunk and Diana are also part of the original group to start the Spurwink Farm Pancake Breakfast & Fly-In.

Bunk’s personal hangar in Maine opens right on the AirNav 63B’s runway 11/29. In it, he has two Pitts Specials, one of which (N6W) was built by Curtis Pitts himself for Mary Gaffaney, one of the world’s greatest aerobatic pilots. Also in that hangar is perhaps the most beautiful Piper Cub ever seen.

Bunk and Diana invited our Main(e) man Micah to their home to talk a bit about this year’s Fly-In which will take place on July 14, 2019. 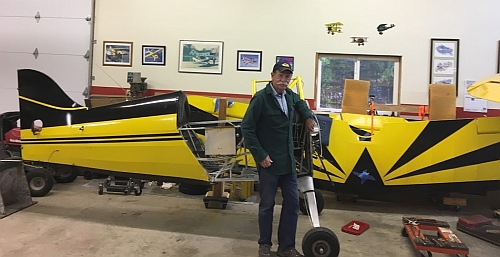 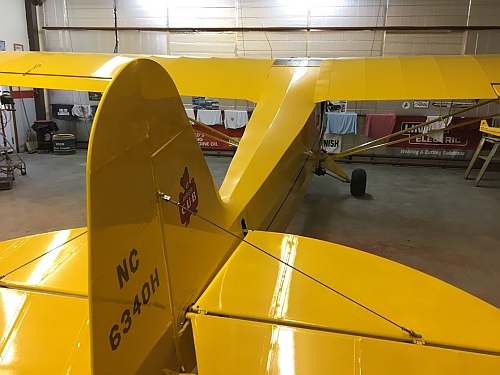 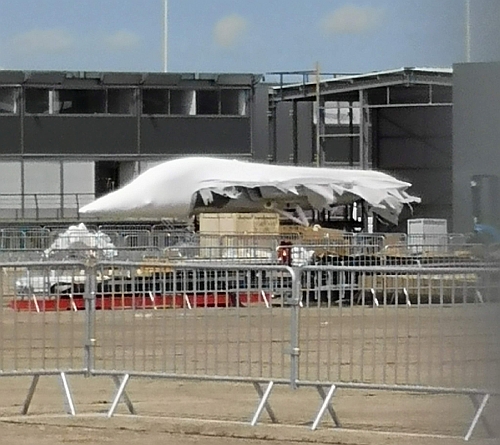 Report: Airlines Installing Uncomfortable Bumps In Seatbacks Because It Pleases Them