Chris Manno talks about his 42 years as a professional pilot, first with the U.S. Air Force and then with a major U.S. airline. Chris has written An Airline Pilot’s Life which captures his military and commercial career. In the news, we look at industry first-quarter losses, production cuts, furloughs, and layoffs. Also, airline and airport safety measures, Federal bailout money, a hybrid-electric aircraft, and the Treaty on Open Skies. 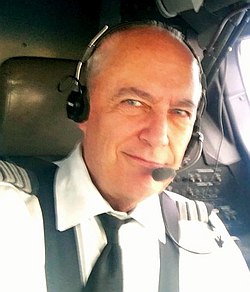 Chris Mano writes the Jethead blog and has recently published a start-to-finish true-life story of his 42 years as a professional pilot, which includes seven years with the USAF and over 34 years with American Airlines. It’s titled “An Airline Pilot’s Life” and the paperback release is May 2020. The first part is currently Amazon Kindle’s #1 new release in commercial aviation. The book tells the stories of Chris’ USAF pilot training and squadron flying for 6 years, and then his airline career through DC-10 engineer to MD-80 FO to DC-10 FO to MD-80 captain, F-100 captain, MD-80 Check Airman, and B-737-800 captain.

The book describes a life-long dedication to aviation, a path that Chris knew he wanted to take even as a youngster. Through this first-hand view, the reader learns what it is like to be an air force pilot or an airline pilot. 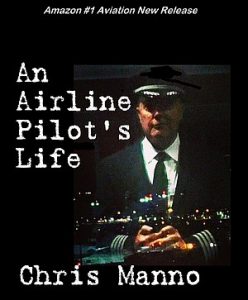 Chris tells us about the difference between military and airline flying, the role of labor unions, and flight and cabin crew relationships. We learn why he likes the 737-800 so much, and what he didn’t like about the MD-80. Chris also provides his thoughts, from a pilot’s perspective, on the loss of confidence in the 737 Max, the process, and the regulator.

Find Chris at the JetHead blog and look for “An Airline Pilot’s Life” on Amazon.com.

Boeing plans to cut airplane production, 10% of its workforce in aircraft market ‘frozen’ by coronavirus crisis

The Non-Bailout: How the Fed Saved Boeing Without Paying a Dime

Warren Buffett & Berkshire Hathaway has completely sold out of its airline stakes.

Spirit AeroSystems in Wichita to lay off 1,450 employees

Paine Field Airport to test passengers for fever before boarding

How did a small coastal airport in Owls Head get an $18 million federal bailout?