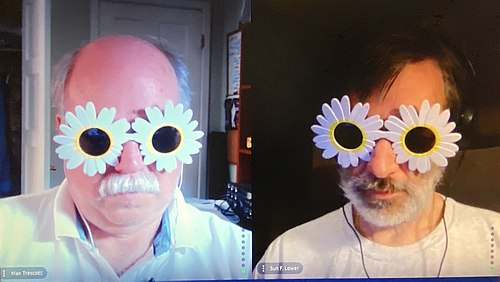 Some co-hosts know how to make a podcast producer laugh…

One day before her wedding, a bride and her family passed through Newark Liberty International Airport, but the mother accidentally left a roller bag with the bride’s gown (and hers) at the checkpoint. TSA administrative assistant Loletta Nathan-Gordon jumped into action and saved the wedding.

US Department of Energy: $33 Million for Carbon-Neutral Hybrid Electric Aviation

Last year, when commenting on the need for increased battery energy density, Musk said that was 5 years off.  Tesla’s batteries were then achieving around 260 Wh/kg. He said around 400 Wh/kg was needed for aviation. Elon’s current prediction is now 3 to 5 years.

Spirit Airlines has used voluntary leave initiatives to minimize the number of pilot layoffs, limiting them to 117 pilot furloughs. Now the Air Line Pilots Association (ALPA) announced that almost half of Spirit’s pilots had agreed to work fewer hours each month, which let the airline cancel all 117 of its planned pilot furloughs.

United Airlines says it is dropping its $200 ticket change fee. January, it will let customers fly standby for free on other flights the same day as their booked flight. “When we hear from customers about where we can improve, getting rid of fees is often the top request,” United CEO Scott Kirby said in a video posted Sunday. See also: United Ditches Domestic Change Fees… Let the Games Begin.