New startup airline Airbahn, Boeing’s fighter bid is rejected by Canada, more on 5G and aviation signal interference, people try to bring the darndest things on airlines, what happens when you drop an iPhone from an airplane, an Australian water landing, A350 peeling paint, Airbus suggests a possible single-pilot freighter.

The CEO of Airblue (Pakistan’s second-largest airline) founded Airbahn in February 2018. The airline received a Certificate of Public Convenience and Necessity for Interstate Air Transportation in October 2020 from the DOT. Airbahn has now taken delivery of its first Airbus A320 in the United States, an ex-Airblue plane now with registration code N786PB. Airbahn is currently hiring staff in California.

Based on their filing, Airblue will operate flights in the Western United States with service to mid-tier markets. Initially based at Long Beach Airport (LGB) or Orange County Airport (SNA), all planes and crews will return to base every day. Airbahn A320s will have 174 seats each, in a one-class configuration.

According to sources, Boeing’s bid to replace Canada’s fleet of CF-18s with Super Hornets has been rejected. Bids were to meet requirements for missions at home and abroad, as well as for substantial Canadian economic benefit. Bids from Lockheed Martin (F-35) and Saab (Gripen) were accepted.

First, we saw carriers delay 5G implementations one month to January. Now the mobile carriers are proposing a step further for six months: temporarily reducing base station power everywhere and limiting power near airports and heliports. This would give the FAA more time for further studies. The FAA hasn’t yet responded to the proposal.

That would be guns and ammo, full-size hygiene products, alcohol, and fertilizer.

A pilot in Orlando dropped his iPhone onto the runway on takeoff, but the “Find My iPhone” app lead searchers right to it on the runway. Surprisingly, the phone was undamaged.

Video: Funny Exchange about an iPhone FOD on the runway!

Airlines are discovering that A350 paint is blistering and peeling off, exposing the composite material underneath. On the orders of the Qatar Civil Aviation Authority, Qatar has grounded twenty of its 53 A350s. Airbus says it’s not a safety issue, but airlines want to know what’s happening.

US airman shot down over Romania in WWII is accounted for 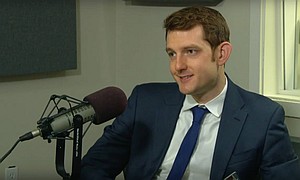 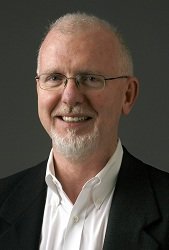