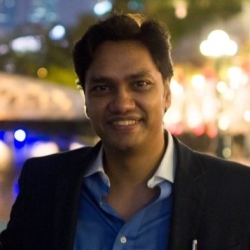 Shashank Nigam is the CEO of SimpliFlying, a large aviation marketing strategy firm. We talk with Shashank about airline branding strategies and how they need to be different from those of typical consumer goods. He tells us about the changes implemented by some of his airline clients to better serve the new connected traveler, how airlines should manage crisis, and the value of empowered employees.

A sought-after consultant and speaker on aviation marketing, Shashank started SimpliFlying in 2009 as a blog on airline marketing. Since then, he and his team have built SimpliFlying into a global leader in airline consulting, having worked with more than 70 airlines and airports over the past seven years. Their latest projects include the Bombardier CSeries launch, and a re-design of the customer service strategy for Cebu Pacific. Shashank has a book coming out about airline marketing called SOAR. The book shares how some of the most innovative airline brands delight customers and inspire employees. 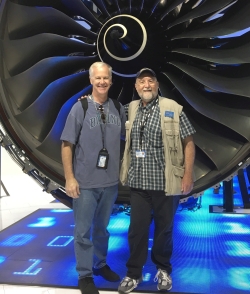 Brian, Micah, and the Trent

We kick off our coverage of the Farnborough Airshow with two interviews by Brian and Micah. First, we hear from Capt. Jeff and Dr. Steff from the Airline Pilot Guy show. They discuss their efforts to put together the live recording and meetup at Farnborough. Then Brian and Micah have an interesting conversation with Airbus A350 XWB marketing director Mike Bausor about the A350. We’ll bring you many additional interviews in future episodes.

The guys also had an opportunity to speak with Rolls Royce about the Trent Ultra in development. The Ultra will be a geared turbofan with all-carbon fiber fan blades. Perhaps most interesting, the fan blades will have adjustable pitch and be fully reversible, eliminating the need for thrust reversers. The engine in development after the Ultra features electrically driven fans powered by constant speed turbines that drive a generator. 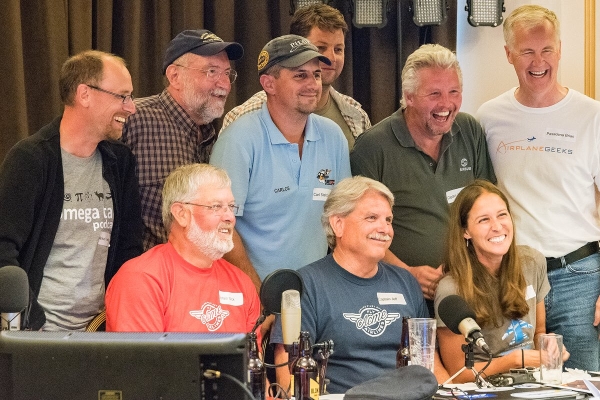 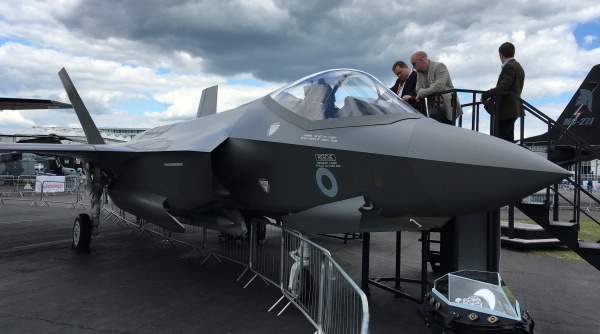 The F-35 on static display.

This publication “obtained a confidential document from the Malaysian police investigation into the disappearance of Malaysia Airlines Flight 370 that shows that the plane’s captain, Zaharie Ahmad Shah, conducted a simulated flight deep into the remote southern Indian Ocean less than a month before the plane vanished under uncannily similar circumstances.”

Southwest’s second quarter earnings per share were up 15.5% to 1.19, slightly under estimate.  Revenue was up 5% to $5.38 billion, and traffic growth was 6%, while capacity was up 4.8%. See also Southwest Airlines: “Things Are Getting Better” An Update and an Apology on Systemwide Outages and Delta Air Lines Will Slow Growth to Ensure Business Travelers Pay Higher Fares.

The state-owned Aviation Industry Corporation of China just introduced the AG600, the biggest amphibian of any modern military.

The Last Flight of the Round-the-World Solar Flight

Bertrand Piccard and André Borschberg have realized their dream of achieving the first ever Round-The-World Solar Flight! From the Solar Impulse website: “Beyond this historic milestone, the two Swiss pioneers will continue to urge the global implementation of energy efficient solutions through the creation of the International Committee for Clean Technologies and leverage the expertise and technology gained over the years in Solar Impulse by launching new innovative projects, such as the development of solar powered drones. Join the movement with #futureisclean.”

This plane could cross the Atlantic in 3.5 hours. Why did it fail?