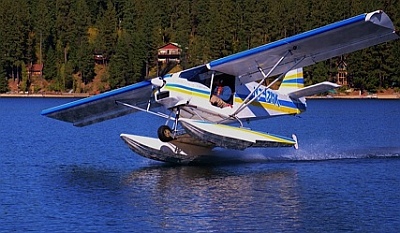 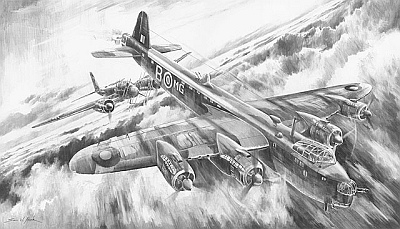 Guest David Allen produces the great video podcast Other People’s Airplanes, where he takes you with him on flights in, well, other people’s airplanes. He also co-hosts the popular Pilot’s Flight PodLog, a hangar flying podcast. Follow David on Twitter as @DaveFlys.

We talk about how David uses multiple GoPro cameras mounted on the airplane to capture an immersive in-cockpit video experience, and some exciting changes coming to the Pilot’s Flight PodLog. David has also seen the first rough cut of the documentary film, A Pilot’s Story and he gives us a little taste of that. This will be a DVD that we’ll all want to own when it becomes available. David tells us what it takes to do what he does, and how you can too. Also, if you stick with the show, you’ll hear where the handle Ducky came from.

This week on the Across The Pond segment, Pieter Johnson talks to Simon Atack, one of the world’s greatest aviation artists. We find out how Simon starting drawing and painting aeroplanes and what inspires him to keep producing his amazing pictures.

Our guest this episode is Igor Sikorsky III, grandson of the man many consider to be the father of the helicopter industry. Igor flys a float plane and, along with his wife Karen, operates The Bradford Camps in the North Maine Woods. Besides providing fishing, hunting, and family vacations in a beautiful setting, Igor offers the annual, three day Sikorsky Weekend, an immersive experience in Sikorsky history.

Guest co-host Chris Manno is an airline captain who blogs at JetHead and cartoons at Flightcrew Zoo.

In his Across the Pond segment Pieter Johnson talks with Tim Robinson, Editor of the Royal Aeronautical Society’s magazine Aerospace International about the UK Military Helicopter fleet and how it has been affected by the spending review. We also hear what its like to participate in a live helicopter training exrecise with the Royal Marines, Royal Navy and the Army called Pastan Jaguar. Follow Tim on Twitter at @RAeSTimR, and Pieter at @Nascothornet.