We talk with the president of VREF about aircraft valuation. In the news, we look at a replacement for the Fat Albert C-130, an electric airplane being developed by Solar Impulse 2 pilot André Borschberg, EASA concerns with the 737 MAX, additive manufacturing in aerospace, and a supersonic flight challenge that is not about the boom. We also have interviews with a Boeing T-X experimental test pilot and a Major General with the Japanese Ministry of Defense on the C-2 transport aircraft. 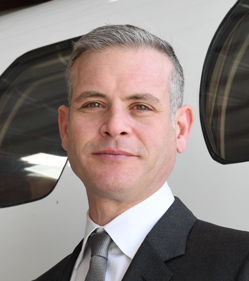 Jason says that VREF tracks about 6800 models and 440 makes. He explains how aircraft valuation is determined, who wants to see the appraisal and why. He touches on how experimental and low volume aircraft are handled, including warbirds. We take a look at the current “seller’s market” and also consider the implications of large numbers of turbine aircraft that are not ADS-B compliant.

VREF is launching a new-from-the-ground-up application that will provide scrap value. VREF is also switching to a tiered service model. Tier 1 will continue the traditional service while Tier 2 will add fair market value and inventory. Orderly liquidation and future residual values come with Tier 3.

Jason is watching the growth of electric aircraft, and the company is even bringing in a couple of drone appraisers. VREF is also adding cybersecurity capability to provide flight department assessments.

Jason spent 25 years in General Aviation working directly with aircraft owners and operators. He owned and operating his own aircraft as well. Jason knows the international aviation marketplace well and is considered an expert in aircraft valuations and aircraft transactions.

Blue Angels to Receive Upgraded ‘Fat Albert’ from the UK

The Blue Angels C-130T support aircraft known as Fat Albert is scheduled to be replaced in 2020 with a C-130J purchased from the United Kingdom’s Ministry of Defence for $29.7million. A new C-130J would cost $50 million more.

An Aviation Pioneer Goes All In on Electric Planes

André Borschberg (our guest in Episode 361) and Bertrand Piccard flew around the world in the Solar Impulse 2. Now Borschberg has started a new company called H55 to build practical electric airplanes, starting with a two-seater that achieves a 90 minute flight time. The Bristell Energic flight trainer is a modified version of a BRM Aero airplane.

These haven’t been made public and the sources are anonymous. It is not known if they are hard requirements for return to service, or discussion points.

The FAA, EASA, Canada, and Brazil have a tentative agreement that the return to service should be closely coordinated. Public trust.

Long before the Max disasters, Boeing had a history of failing to fix safety problems

The Washington Post reports that the FAA had been frustrated by the number of safety issues at Boeing and the company’s repeated failure to rectify the situation as agreed. That led to a 2015 settlement agreement that bundled all the problems with one $12 million fine and one corrective action plan for systemic issues. But the degree to which Boeing has lived up to the agreement is being questioned.

Carnegie Mellon University’s Next Manufacturing Center and Manufacturing Futures Initiative (MFI) has been selected by NASA to lead a research team to examine new ways to build and power aircraft of the future. Metals additive manufacturing (AM) or 3D printing “has had a significant impact on aviation manufacturing for jet engine components, airframe structural elements, and other applications.”

The project will explore new methods for using additive manufacturing to reduce costs and increase the speed of mass-producing aircraft without sacrificing quality, reliability, and safety. Process qualification is a challenge and a focus area.

Developers of supersonic airplanes have to deal with the sonic boom problem, but there is another issue looming: increased carbon footprint. Fuel burned per passenger is high with the speedy new designs. Boom Supersonic has addressed this by stating the company’s commitment to green aviation and an alternative fuel partnership with Prometheus Fuels. 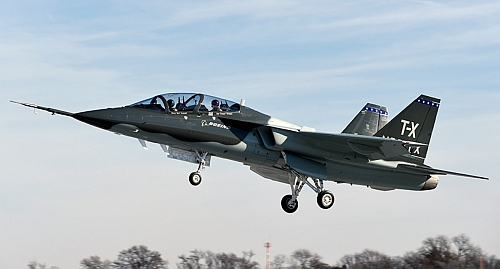 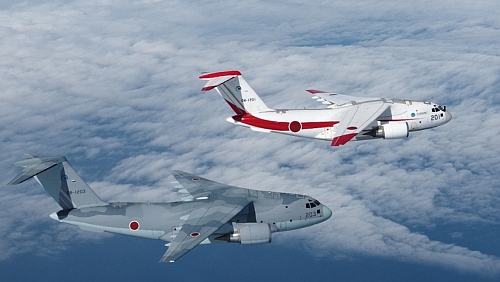 97 year old (on July 20, 2019) Lt Col David Hamilton, enlisted on December 8, 1941.  Dave then trained as a C-47 pilot and then later as a Pathfinder pilot. Pathfinder aircrews were specially trained WWII aircrews who flew C-47s that had cutting edge navigational equipment. Prior to the major airborne operations in the European Theater of Operation, these aircrews were tasked with dropping in specially trained pathfinder paratroopers to set up radar equipment on the drop zones to which the other C-47s would navigate when carrying in the main force of the airborne troops.  Dave did this function during Operation Overlord at Normandy on D-Day, Operation Dragoon in Southern France, and Operation Market Garden in Holland. Dave also led in the aircraft for the supply drop to the 101st Airborne when they were surrounded at Bastogne during the Battle of the Bulge. (Dave led in 27 planes and led out 9 on that mission.) Sadly, Dave is the last living Pathfinder pilot who flew all those missions. 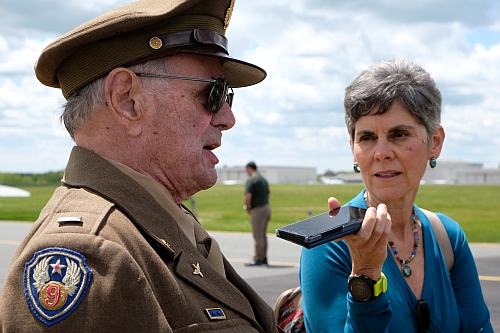 Lt Col David Hamilton and past guest Christine Negroni with the D-Day Squadron at Waterbury-Oxford Airport. Photo by Max Flight.

Dave just returned from England and France where he flew across the English Channel in a WWII veteran aircraft (C-53) as part of the D-Day Squadron formation of American C-47s and C-53s which flew across the channel on 5 June.  Dave was actually at the controls of the C-53 for part of that flight 75 years after he made his original D-Day flight. (Yes, the pathfinders did take off on 5 June 1944) When Dave was in England, he was honored in North Witham by folks who live near where the RAF base from which he flew the D-Day mission was located and was a guest at the ceremonies at the American Cemetery at Omaha Beach on June 6.  Dave was pretty much treated like a rock star everywhere he went in England and France!!

Dave and the 75th anniversary of D-Day are going to be honored again at this year’s 5 October Wings Out West Airshow in Dave’s home town of Prescott, Arizona where another  WWII D-Day veteran, the C-53 “D-Day Doll”, will be doing a drop of WWII type paratroopers to honor Dave and the 75th anniversary of D-Day.   Also, Dave is going to be inducted into the San Diego Air and Space Museum Hall of Fame in November and he has been invited by the CAF to be in one of the WWII aircraft that will overfly the Mall in Washington D.C. during the 75th celebration of VE day in May 2020. 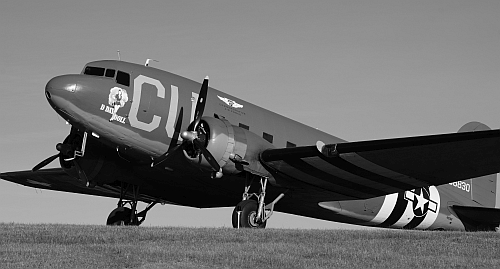 Dave is also going to be in the cockpit of a C-47 near Frederick Oklahoma dropping the Airborne Demonstration Team’s (ADT) WWII  style paratroopers on July 20, 2019, which happens to be Dave’s 97th birthday. The Frederick Oklahoma airfield is the home of Frederick Army Air Field (FAAF)  which still has a wonderful WWII era wooden hanger in which sit a couple of C-47s, various WWII vehicles. FAAF is the home of the ADT’s WWII style jump school, complete with all the paraphernalia such a jump school would need, such as parachute packing tables, training hangers, mess hall, classroom, barracks, etc.  When one walks into the FAAF hanger one steps back in time 75 years. ADT runs WWII style jump schools several times a year. July 20th will also be ADT’s “Open Hangar Day” for the graduation ceremony for the jumpers who have completed the 5 jumps required to graduate from their July Jump School.

Come on out to FAAF for a great story about the last living Pathfinder dropping paratroopers on his 97th birthday.

You can watch it on Red Bull TV, and we will be pulling for friends-of-the-podcast Micheal Goulian, Kirby Chambliss, and Patrich Davidson in the challenger class.