We explore In Flight USA Magazine which is targeted to the general and business aviation community, as well as to aviation enthusiasts. In the news, aviation events are postponed or canceled due to COVID-19 while aviation museums and other operations are closed. Also, updates on the military Gray/Grey Wolf programs and T-X jet trainers, a new free online course for youngsters from WAI and Embry-Riddle, commercial pilots without a job are offered options by their airlines, and where are all those airliners going that were taken out of service? 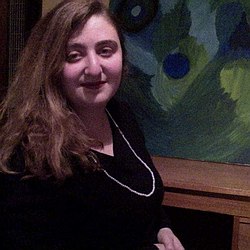 Annamarie Buonocore is associate publisher and a second-generation owner of In Flight USA Magazine. Based in Silicon Valley, the magazine primarily serves business and general aviation as well as student pilots and aviation enthusiasts. This is accomplished through print and digital advertising, strong editorial content, and creative aviation photography. Annamarie is involved in every aspect of the business from distribution to production and layout.

Annamarie explains the magazine’s target audience and how it includes not only pilots but also aviation enthusiasts and those looking for activities after arrival at the airport. In Flight USA Magazine is distributed at airshows, airport terminals, businesses, flight schools, as well as to private subscribers. Articles are written by magazine staff as well as other topic experts. A digital version is available on the In Flight USA Magazine website.

Annamarie is currently a student pilot at Hayward Flight at the Hayward Airport in Hayward, California. She enjoys attending airshows, taking pictures, and writing. She spends time with her two Maltese Poodles, Pericles and Sophocles, who sometimes appear in podcasts.

The Arsenal of Democracy (AOD) Executive Planning Committee has rescheduled the AOD Victory Gala and Flyover commemorating the 75th anniversary of the end of World War II to September 24th-25th, 2020.

Planes of Fame to Temporarily Close

The Planes of Fame Air Museum is temporarily closed through April 6th 2020.

The Aircraft Electronics Association announced its decision to cancel its 63rd annual AEA International Convention and Trade Show that was scheduled for March 24-27, 2020 in Nashville, Tennessee. The event will not be rescheduled.

Air Marshal Association President John Casaretti said, “We hope Congress and the American public recognizes the determination and integrity of our Federal Air Marshals. Despite low job morale, ongoing pay issues, long shifts without rest, and lack of critical health services, our Federal Air Marshals have demonstrated that they are America’s most flexible, capable, and patriotic officers.”

Matt Hayes, President and CEO, announced that the Museum of Flight is closed to the public. “We do not have a reopening date yet, and these next few weeks – or possibly months – will be very challenging for us all, both financially and emotionally.” The collection can be viewed online, as well as virtual tours of aircraft cockpits and many educational resources.

The MH-139A Grey Wolf light utility helicopter is a planned replacement for the UH-1N Twin Huey helicopters that protect intercontinental ballistic missile silos. It’s a derivative of the Leonardo AW-139 helicopter that the Italian company is building in the United States with Boeing.

The US Air Force is looking to lease T-50 trainers until the bid-winning T-7A Red Hawks are available.

The new, self-paced Massive Open Online Course (MOOC) is tailored to learners ages 8-17 and celebrates Girls in Aviation Day. It’s called Aviation is Your Future. Youth who complete the course can earn digital badges and a personalized electronic certificate. The course is offered several times throughout the year. Registration is now open.

The airlines have significantly scaled back flights so they don’t need as many pilots at the moment. American and the Allied Pilots Association (APA) have an agreement for pilots to take a voluntary leave of absence.

United Airlines is offering 777 and 787 pilots the opportunity to take the month of April off at reduced pay.

Delta has parked 600 of its 900 grounded aircraft at Hartsfield Jackson Airport in Atlanta.

Glut of Jet Fuel Is on Brink of Overwhelming Global Storage

PSI, the FAA knowledge testing provider, is temporarily closing testing centers that it owns and operates in the United States and the United Kingdom. The closures come in response to the global coronavirus pandemic.

David tells us about the Sikorsky R-6A Hoverfly II. 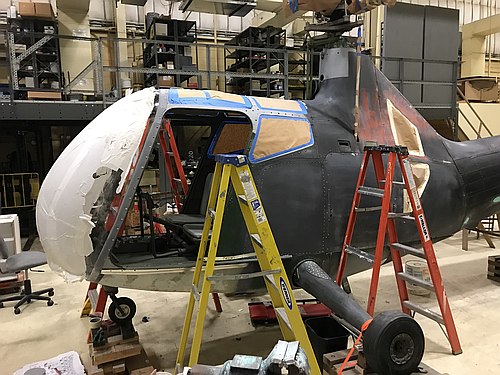 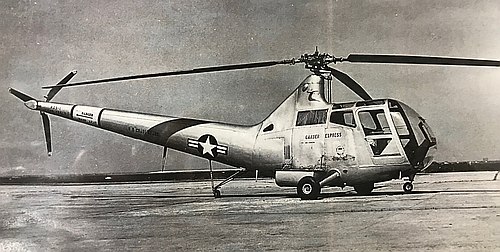 Our Main(e) Man Micah brings us a positive airline story of the week about United Airlines.

Our Reporter at Large Launchpad Marzari has some suggestions on what to watch to get you through being stuck at home.

The BBC podcast The Documentary Podcast has an episode titled Something in the Air? that addresses commercial aviation “fume events.”

The Textron Aviation Cessna 408 SkyCourier program advanced with the successful completion of initial ground engine tests. The tests of the prototype airplane verified the functionality of the fuel system and two Pratt & Whitney PT6A-65SC engines, as well as the interface with the avionics and electrical systems.

From Aviation Safety Network: “The U.S. FAA issued an emergency airworthiness directive following an uncontained engine failure of an IAE V2533-A5 engine of an Airbus A321.” 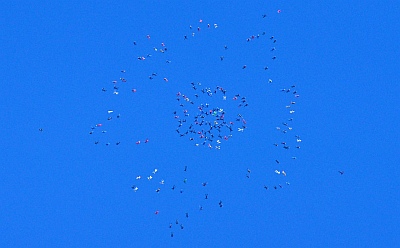 Martin Rottler returns as our guest. Martin is now an Aviation Lecturer at the Center for Aviation Studies at The Ohio State University. He recently completed an internship with Korean Air in Flight Operations Quality Assurance (FOQA), and participated in a summer program through Korea Aerospace University. We talk about NextGen, pilot training in the modern age, what gets trained in simulators and what doesn’t, cockpit management, industry networking as a component of your career development, and other topics.

Find Martin on Twitter as MartinRottler, or on his new webpage at martinrottler.net. The Center for Aviation Studies tweets as cas_osu and can also be found on Facebook.

This week on Across the Pond, Pieter talks to Jelle Hieminga from the popular VC10 segment. Jelle is a Qualified Flight Instructor with a frozen ATPL License and talks to us about the general aviation scene in Holland and what its like to fly in Dutch airspace. Jell can be found at www.vc10.net.

On this week’s Grill the Geeks segment, Rob nails the listener questions.