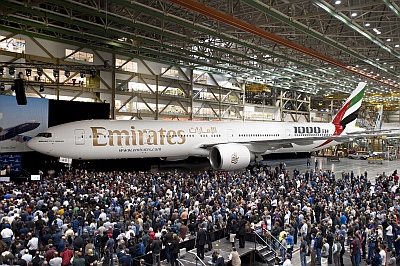 Guest Steve Fulton is a Technical Fellow with GE Aviation. He was the pilot at Alaska Airlines who helped develop the world’s first RNP procedure (that’s Required Navigation Performance), and he was a co-founder of Naverus, now part of GE. RNP enables aircraft to be placed on efficient predefined paths from top of descent to the runway.

We discuss RNP, the FAA reauthorization, and what the U.S. Congress has mandated. We talk about bringing what was developed in simpler situations to more complex ones here in the U.S., and mention “The Highways in the Sky” study where GE identifies significant benefits at airports that are not at the top of the FAA priority list. Steve points out that besides techincal challanges, this technology requires attention to the human element because it represents such a large change for pilots and air traffic controllers. Controllers, for example, have great vectoring skills that work well for loading the runways, but not very efficiently. RNP brings efficiency, but the task is more about managing automation. Steve also talks about translating the benefits of RNP to general aviation and unmanned aviation as well.

In this week’s Australia Desk report: Virgin Australia restructure goes ahead despite Qantas trying to block it, damaged Qantas A380 V-OQA repaired and returning to Aus next month, AirNZ ATR 72s grounded due to wing cracks, and Air Asia X pulling out of Christchurch route.

In his Across The Pond segment, Pieter Johnson talks with AeroBlogger Rohit Rao about the situation for airlines in India. Rohit gives his views on Kingfisher and their well publicised troubles as well as looking at Indigo. It’s a fascinating insight into Indian aviation.

Our guest this episode is Captain Steve Fulton. As a pilot at Alaska Airlines, Steve helped develop the world’s first Required Navigation Performance (RNP) procedure, and he was a principal author of the RNP RNAV criteria in the FAA Advisory Circular on this topic. Steve is now a Technical Fellow with GE Aviation, and a co-founder of what was formerly Naverus now GE PBN Services.

Graphic courtesy GE Aviation. To learn more about RNP and what it means for the airline industry and for the environment, see these videos: