We report on AirVenture Oshkosh 2016 and the Farnborough International Airshow. As a bonus, David tells us another story about his favorite little Cirrus Suzy, who goes flying with some astronauts.

Rob Mark attended Oshkosh and gives us his thoughts on the event. He tells us about the Martin Mars, Camp Bacon, and the Airbus E-Fan electric airplane.  The EAA celebrated the two millionth Young Eagle and the AOPA Air Safety Institute honored Cirrus Aircraft with the first Joseph T. Nall Safety Award.

Rob took a look at the very interesting 2.5 ounce ADS-B unit from uAvonix. (See his article in Flying magazine.) He also tells us about FlyOtto, a service that makes it easy to find, book, and pay for trips on privately chartered aircraft with a mobile device or from your computer. Rob comments on the Textron Cessna Denali single engine turboprop that debuted at Oshkosh.

The EAA announced that Ihab Awad had won the inaugural Founder’s Innovation Prize presented by Airbus Group for his “Airball” flight display. This creative concept combines a variety of sensor inputs into a graphical ball that the pilot uses to help prevent loss-of-control. The paper submitted to the EAA for Airball is publically available.

Brian Coleman and Micah attended Farnborough this year, and they bring us the first group of interviews from the Airshow:

We’ll have additional interviews from Farnborough in the next episode. 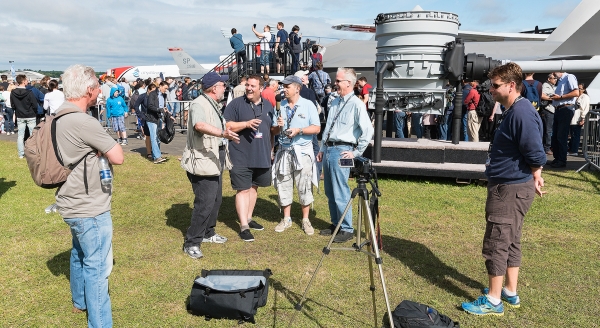 The podcast crew in front of the F-35. Note the lift fan behind on the right. 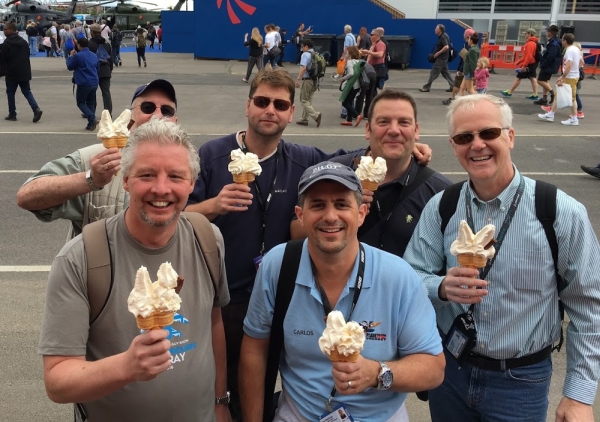 Suzy Goes to the Stars

David’s favorite little Cirrus Suzy goes flying with some astronauts, and Pilot Rob gets a jaunt in a T-38. Also, we have a new friend at the airport, Jenny.

Some hints about the story:

Max was a guest on episode 20 of the Podcast Engineering Show, talking podcasting tech.

Skydiver Jumps into Net from 25,000 Feet – a skilled professional, or a foolish stunt?